The reason why homeowners come to Randy Wallace for their first vacation or retirement home is because he cares. Randy takes the time to get to know you, to understand your wants and needs. And then he works hard so you can find the home you’ve always wanted.

Randy Wallace, New Homes Division Director at Keller Williams in Myrtle Beach and Murrells Inlet, has been active in the greater Myrtle Beach real estate market and the community since moving here permanently in 1977. A native of Marion, South Carolina and a graduate of Wake Forest University, Wallace worked at the beach for many summers before starting his career with a small development firm. He then organized his own firm, Litus Corporation, in 1979 at the age of 24. The company developed a number of oceanfront, golf course, and residential properties during the 1980’s, with offices in Brunswick County, NC; Myrtle Beach and Charleston, SC; and St. Simons Island, GA. In the late 1980’s Wallace sold the Litus name and created CANA Corporation in 1988 to focus more in single-family subdivisions and providing consulting services.

Wallace partnered with a few builder-developers in the early 1990’s to acquire multi-family properties for rental or conversions. In 1993, the group began acquiring land for single-family development, which over the years became the sprawling 900-acre Hunter’s Ridge Plantation success story. In the 2000’s, Wallace expanded CANA’s reach by partnering with and/or representing other local developers to produce single-family neighborhoods and condo-conversion projects throughout Horry County and the Charleston area. In 2011, Wallace invested in the Myrtle Beach Keller Williams franchise and started the Keller Williams New Homes Division and the Cana Development Group Team to bring a new homes focus to this fast-growing real estate franchise, now the largest in the world. The Cana Group has now grown from 4 agents to a bustling team of 12 agents and 2 full-time and 1 part-time staff, while handling on-site sales for several builders and new home communities all over the Grand Strand region.

Experience Counts (over 30 years) when making one of the biggest decisions folks make in their lives. That’s why my buyers and owners choose to work with me for all their Real Estate needs. Locally, or in their own home town, I’m happy to help with all real estate questions and needs.

Being a native of South Carolina, I started my career in Real Estate in my early 20’s initially working for a firm who developed and sold neighborhoods in my hometown of Seneca, SC. Several years later, I made a move to Hilton Head Island to handle Development Management and Sales for a large Condominium project. After completing and selling out this project, I opened my own company, Shipyard Real Estate, serving Shipyard Plantation and the entire Hilton Head market. As my young children were growing, I sold my company and we moved to Charleston, SC. There, I was the Broker/Manager for a National Franchise Organization, managing and helping many agents learn and grow their businesses. Once my granddaughter was born, we decided to move nearby in Murrells Inlet and have lived here ever since. I decided to go back to what I loved the most, helping people find that special property that works for their family. Having been in development, management and sales over the years, Randy Wallace and I later formed a partnership to create the absolute best value where builders and developers could offer their New Homes to buyers in our area. Our team has grown over the years and we help many builders and developers with all aspects of the development, building and sales and marketing process. I still handle my personal customers and clients along with co-directing our team, and there is nothing better than helping a new friend find that perfect home. My goal: making my customers, and clients all friends for life.

Contact me today for any Real Estate needs! I am here, “AT YOUR SERVICE”

The Keller-Williams Team knows you are looking for the love of your life – Home Sweet Home. We also understand that the home-buying experience can be very challenging at times. That's why we use our combined years of experience to help simplify the process as best we can for you. We want to help because we can't think of anything more gratifying than helping someone discover their true love! 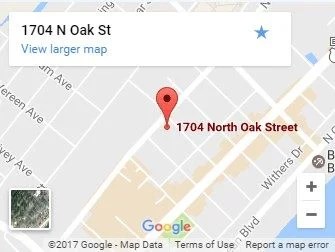